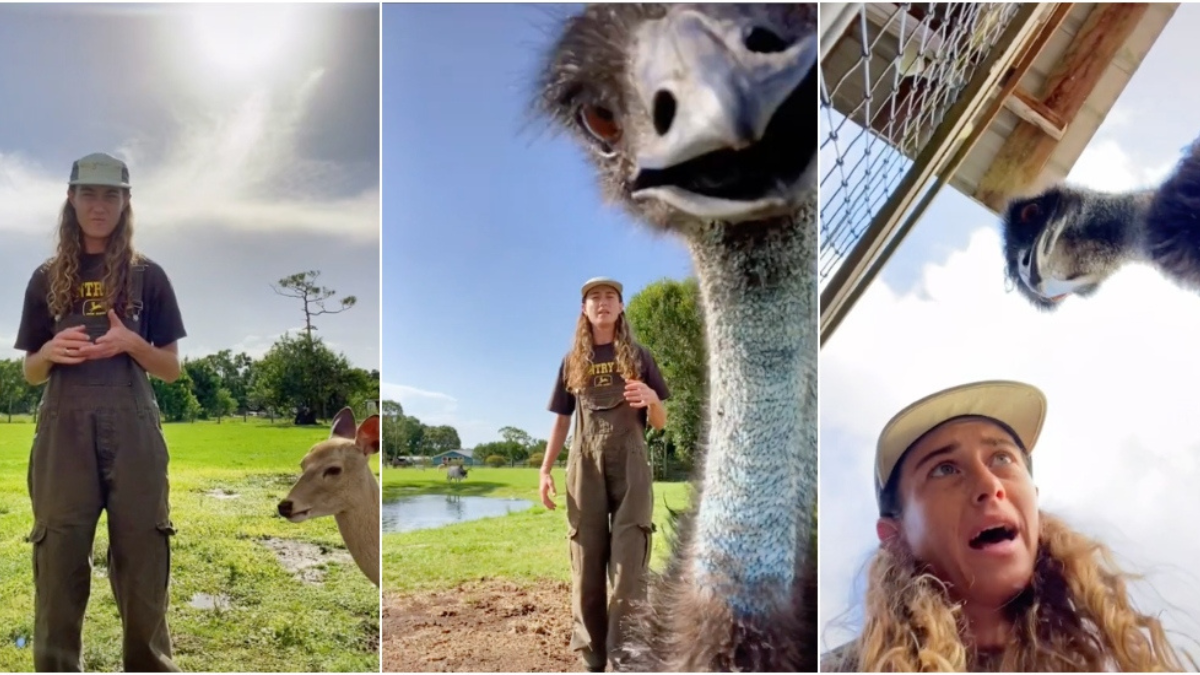 Taylor Blake, the caretaker of TikTok star Emmanuel the emu, tweeted Saturday that he is battling Avian Influenza.

Emmanuel contracted the virus after a flock of wild Egyptian geese visited Knuckle Bump Farms, the South Florida farm where he lives.

Blake would assist in chasing these wild birds away because they pose a real threat to domesticated birds, but they would return at night, Blake said.

The virus has now killed 99% of the farm’s birds, leaving Emmanuel fighting for his life since Wednesday.

“I will do anything and go to any length to save his life,” Blake said of her best friend. “My veterinarian came out and sedated and stabilised him until I could find an avian specialist. Since Wednesday, I’ve been treating him around the clock.”

According to Blake, vaccinating birds for the virus is “relatively impossible” due to the virus’s many mutated forms. Following the tragedy, the farm has contacted the state, which believes that standing water from Hurricane Ian has spread Avian Influenza widely.

Blake has been nursing Emmanuel 24 hours a day and says that while his neurological symptoms have subsided, he still won’t eat or drink on his own and has nerve damage in his right leg and foot.

The caregiver and her girlfriend made a sling for Emmanuel’s injured leg and hope to begin physical therapy with him so he can regain function of it.

The Emu faces a long road to recovery, but Blake believes he will “continue to spread love, light, and joy.”

“He is a fighter, and I am confident he will recover completely,” Blake said.

Emmanuel Todd Lopez, as Blake refers to him, rose to prominence by appearing in TikToks she filmed for the farm’s TikTok account, @knucklebumpfarms, which now has 2.4 million followers.

The flightless bird would fly straight for the iPhone camera, only to destroy it.

“Don’t do it, Emmanuel!” When the emu crosses in front of her and the iPhone camera, Blake frequently says to him. Emmanuel then usually pauses, stares into the camera, and takes complete control of the shot.